Traumatic Brain Injury In Childhood Can Lead To Early Death 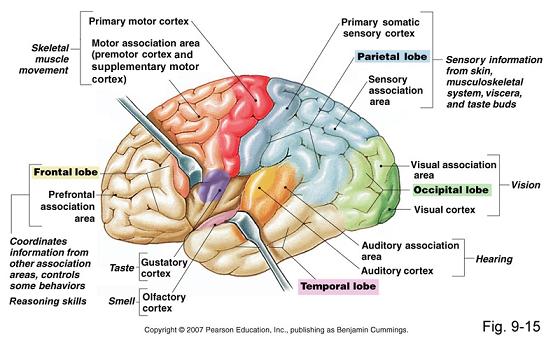 Children who receive a traumatic brain injury (TBI) are 72% more likely to die before the age of 41, a new study has shown[1].

Research published in the Public Library of Science Medicine[2] journal showed that 9.1% of people suffer a TBI before their 25th birthday.  The study of more than a million Swedes born between 1973 and 1985 showed that compared to those who had not suffered a TBI:

The study also showed that receiving multiple brain injuries further increased the risks of any of the above occurring as did suffering the TBI at an older age.

This study was an eye-opener for researchers.  The lead author of the study, Amir Sarialan, a psychiatry researcher at the University of Oxford stated:

“[We] have essentially underestimated the effects. The differences between the unexposed and exposed groups is likely larger than we have found here.

To summarise, we found that even a single mild traumatic brain injury will predict poor adult functioning. The risk will increase with severity and recurrence and older age at first injury.” [3]

According to a paper co-authored by Anna Maw, consultant paediatric neurologist at Addenbrooke’s Hospital, Cambridge, the effects of mild to moderate TBI received in childhood have been overlooked because previous studies have concentrated on more severe head traumas[4].

Causes of TBI in children

The majority, 3537 (62.1%), of head injuries in preschool children resulted from falls. Among causes of head injuries in infants, 887/1093 (81.1%) were falls and this included babies who had been dropped or fallen from furniture (e.g. Moses baskets, high chairs).

The predominance of TBI resulting from contact sports such as rugby has been causing concern for some time.  In March 2016, more than 70 doctors and health experts called on the Government, via an open letter, to ban tackling in school rugby[6].  The letter stated that repeat concussions have been found to have a link to cognitive impairment, and an association with problems such as depression, memory loss and diminished verbal abilities. Children also took longer to recover to normal levels on measures of memory, reaction speed and post-concussive symptoms.

There has been no response from the Government as yet, although those prominent in the rugby world were quick to condemn the letter’s stance, with many arguing that the risk of banning contact sport will raise the already dangerous levels of childhood obesity.

It is becoming increasingly difficult to turn a blind eye to the obvious links between TBI in childhood and cognitive and emotional problems in adults.  For those who are suffering from the effects of a TBI, caused by the negligence of a third party, compensation can assist with funding treatment and rebuilding lives which we now know were shattered many years ago.

At IBB, our personal injury team, led by expert brain injury lawyer, Malcolm Underhill, has the expertise and knowledge to advise and represent those who have suffered a TBI and wish to claim compensation for a head or brain injury caused by negligence, impact, violence or other factor. To talk about how we might be able to help, please phone us on 0333 123 9099, email us at enquiries@ibbclaims.co.uk  or fill in our contact form.  Any discussions you have with us will be in the strictest of confidence