Whether it’s to boost your fitness, health or save some cash, cycling is a great way to blend fitness and fun at the same time. The number of people cycling has increased over the years. According to the Department of Transport (DPT: cycling statistics 14/15) 15% of adults’ cycle at least once a month. This is equivalent to 6.5 million people.

Although it should be exciting times, as this means a better environmental economy , the harsh reality of cycling shows that the number of cycling casualties in England is still significantly high. Despite safety measures implemented by the government, many people are still dissuaded from taking up cycling .

It is no question that cyclists are one of the most vulnerable road users. In fact, on average there are 2 deaths and 60 serious injuries per week (DPT: Facts on Pedal Cyclists, 2015). And by year-ending March 2016, approximately 3,390 cyclists casualties were killed or seriously injured (KSI). Therefore, “there is a continuing need to focus on improving the safety of vulnerable road users”, says the Royal Society for the Prevention of Accidents (ROSPA).

Although the research revealed that the number of cyclists killed or seriously injured fell by three-per-cent from 3,479 in March 2015 to 3,390 March 2016, this percentage is a relatively small change as deaths by cycling is still high.

Make the difference: What you can do

The trauma of being injured highlights the dangers that come with riding a bike, especially on a road and in traffic. The number of cases in the news of cyclists being killed or seriously injured, especially by lorries, buses or trucks, requires urgent changes in road safety policy and we can all make a difference.

If you want to stay safe on your bike you need to keep the following safety tips in mind: 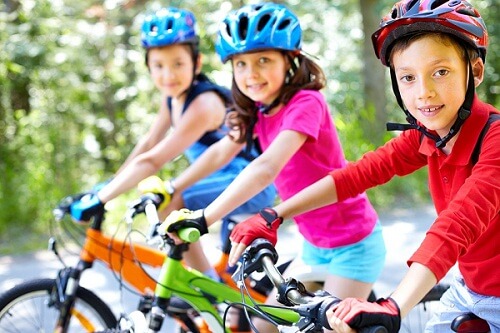 According to statistics released by the Royal Society For The Prevention Of Accidents, 11% of cycling casualties were children. As a result, the number of children cycling to school has decreased rapidly over the years. Many parents fear the dangers of the cycling on the roads and so they teach their children about road safety. 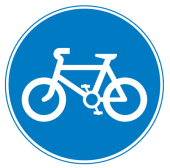 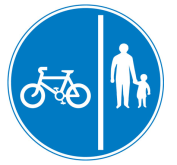 5. Shared with cycling route with pedestrians 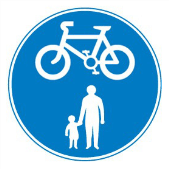 How to teach road safety to your children 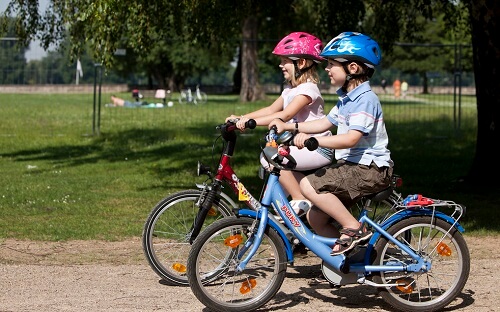 Make sure your child wears a helmet that fits properly: Wearing a helmet is equally as important as making sure the helmet fits your child properly. They must also comply with current safety regulations because incorrect fitting could result in your child having brain damage following an accident, as their skulls are weaker compared to adults.

Buy appropriate clothing and protection for your child: Long sleeved tops offer better protection during a fall and long trousers and knee pads are ideal in order to avoid severe cuts and bruises.

Ensure that your child understands the risks of riding at high speeds: According to an article by Royal Society for the prevention of Accidents (ROSPA), cyclists who are riding at inappropriate speeds are more likely to cause extreme road accidents either to themselves and/or road users. Therefore you should warn your children about these dangers and discourage them from riding too fast. Instead, test your child’s road awareness by using your local area to analyse potentially dangerous situations.

Find a safe place for your child to ride: Make sure you take some time out to find a safe route for them to ride. For example; riding to school, parks and other locations; test their alertness and ask them questions to see if they can spot any dangerous situations.

Teaching bike safety and awareness: It is important that you allow your child to learn at their own pace and be confident on their bikes. With plenty of encouragement, and taking part in bike-riding training programs like Bikeability (for UK residents), children and young people can get cycling sessions in a safe environment. The Bikeabilty program is a free government-sponsored program that is specially designed to teach cyclists skills on how to navigate all situations.

If you or a loved one has been injured while cycling, you could be entitled to make a compensation claim. At IBB Claims our goal is to obtain justice for victims of the negligence by others, by securing compensation that reflects their pain and suffering, as well as related financial losses including loss of earnings, home modifications, treatment bills and specialist medical care and rehabilitation costs.

You can contact us in complete confidence on 0333 123 9099, email us at enquiries@ibbclaims.co.uk or fill in our contact form.